As Americans, albeit fairly well traveled Americans, one typically goes to another country with vague pre-conceptions of what it will be like even if you’ve been researching and planning a trip for a while (in our case, about 6 months). Here are a few things that surprised us about Costa Rica in November 2015: 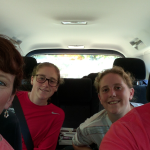